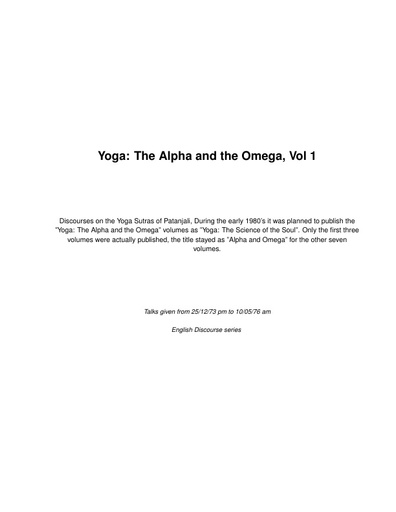 Discourses on the Yoga Sutras of Patanjali, During the early 1980’s it was planned to publish the ”Yoga: The Alpha and the Omega” volumes as ”Yoga: The Science of the Soul”.
Only the first three volumes were actually published, the title stayed as ”Alpha and Omega” for the other seven volumes.